The Rehabilitated Landscape Near Hendry’s Beach Hums with Tranquility 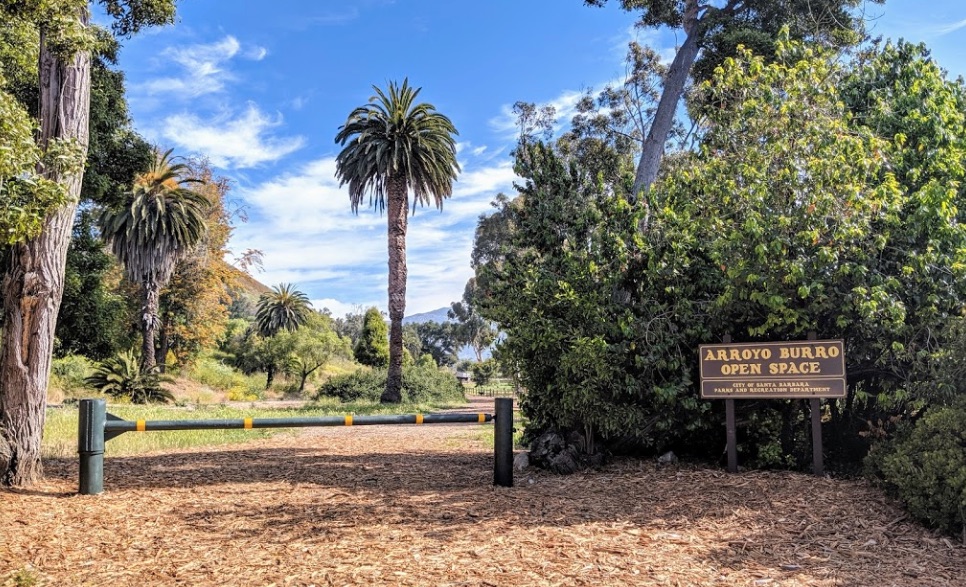 EASY ACCESS: The trailhead is located at the end of Alan Road near Hendry’s Beach.

One of the best things about the Arroyo Burro Open Space is that it doesn’t talk at you. Instead, it hums. It whispers sweet nothings: the low murmur of insects, birds chirping, and the steady stillness of blood pulsing in the veins of your head.

Almost as cool is how ridiculously easy it is to get into. It’s hiding right there in plain sight, located at the butt-end of Alan Road near Hendry’s Beach. For those trapped by the impatient pings of life’s many conveniences, this restored open space offers the possibility of drive-by deliverance. You can saunter your way through much of it in only half an hour and come out the other end feeling not just better but, well, restored.

Last time I went, I encountered just one other person. I found myself caught up in a happy riot of yellow mustard dancing in a sea of fennel stalks. Hunchbacked hillsides shoot up steep and sudden. Purple thistle bushes compete for space with some other herbaceous being, the name unknown to me, that sports long red bulbs. A dragonfly hovers aloft like a Sikorsky helicopter while an uncommonly fat lizard — as big as a Mounds candy bar — squirts herky-jerky across the dirt path.

If you want to sit, you can perch yourself on the top of a long log; this is a bench-free zone, after all. Or you can just mosey on to one of the many eucalyptus groves in search of monarch butterflies.

The fact that this place exists at all ranks as one of the insufficiently sung environmental victories in recent South Coast history. Many hands helped, but leading the charge were the Urban Creeks Council and the Citizens Planning Association. Had it been left to the City Council, 14 of the property’s 21 acres would have become a 25-unit luxury housing development.

Thanks to the intervention of what at the time seemed a most far-fetched legal challenge, it turned out the proposed development had to go to a vote of the people. Guess what? Loud and clear, the people said they wanted open space. Just as loudly and clearly, they also said they were willing to spend $2.7 million to secure it. That coupled with about $1.3 in donations from various land trusts bought the land, and in 2018, City Hall initiated Phase I of an ambitious restoration effort.

Much heavy lifting was required. For starters, the quasi-invisible Arroyo Burro Creek had been choked by decades of unchecked propagation by arundo plants, an invasive species very much like bamboo. A SWAT team of bulldozers was called in, and 20,000 square feet of arundo was extricated. In their place, restoration experts planted 7,600 native plants and about 350 creek-loving native trees.

That the Powers that Be have denoted a “Phase I” suggests there’s a Phase II not far behind. This involves the restoration of more of the creek. In case you hadn’t noticed, Las Positas Road has been consumed by a major bike lane infrastructure project, and at some point, that will dovetail with a new bridge over the creek, allowing cyclists to cross into the preserve and on over to Hendry’s Beach if they so choose.

Every day, the staff of the?Santa Barbara Independent?works hard to sort out truth from rumor and keep you informed of what’s happening across the entire Santa Barbara community. Now there’s a way to directly enable these efforts.?Support the?Independent?by making a?direct contribution?or with a?subscription to Indy+.

: A Murmur in the Trees